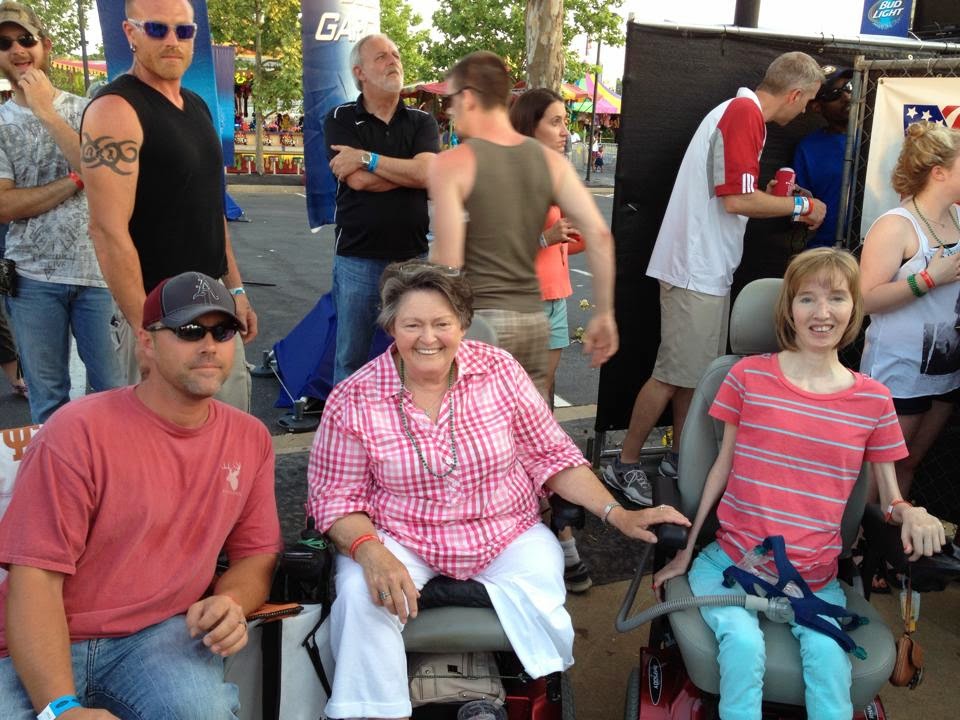 We had a great time at Riverfest 2014 and I actually think it couldn't have went any better.  I do admit tho that Riverfest is not for the fearful.  It is a place of intimidating crowds, crazy people and a wide range of music genres.  Karla and Mica spent all of Sunday enjoying Riverfest, while the rest of us spent 730pm to 1130pm down there.  We went to see Jamey Johnson, the fireworks and Hank Williams Jr.  I must say that all were good but Hank rocked it the best.  He played country, rock, rap and slow music while fabulously playing the guitar, fiddle and piano.  He even used his boot to play the piano.
The last time Hank was here, my dad and I went to see him but the crowd was so out of control that we left and I was thankful just to get out alive.  This time we went as a group because we're not just friends... we're really a small gang.
We met a new friend, Jason, at the concert area.  Before I got there, he kept a watchful eye on Mica.  When I got there, he turned into my personal bodyguard and guardian angel.  He blocked people from running into me and politely asked people to move from blocking my view.  He knew what was going around me that I was unaware of, like the guy behind me getting punched and knocked out cold.  It was a happening place as the police darted out twice from behind the gate after some troublemakers.  I really did have a peace that surpasses all understanding because I felt safe in spite of the chaos.  Jason never left me alone either, if he had to step away he had his friend, Chase, stand in for him.  What gentlemen they were!
I really believe in living life to the fullest, not just merely surviving it.  Thanks to all who helped me live it up last night.  I had a blast.