Way Back Wednesday.... I Thought?

Well this caption takes me back to a funny, now not then, story.  The first year I was married we lived at Sugar Creek apartments and had a cocker spaniel puppy, Brandi.  We were not supposed to have a pet because we couldn't afford the 325 deposit.  We kept her anyway, secretly..lol.  One day Marc took her out to potty and it seemed to take longer than usual.  So, I went out to check on them and found Brandi alone??  I could think of no good reason why he would willingly leave her by herself.  I looked all around to no avail.  I decided he had been kidnapped.  I took Brandi in and called his sister to see if I was overreacting before calling the police.  She agreed that I should call so I did.  I told them everything that had happened but they insisted I needed to wait a few hours.  A few minutes after I got off the phone, Marc walked in. I'm sure I lashed out with 'Where have you been? I just reported you kidnapped.'  You what???  He had met some neighbor guy and was talking computers.  Ughh, the panic it caused!
Years later when we were buying our house, the bank informed us they couldn't process our loan till we took care of a lien on us.  A lien?  We were clueless as to what that was about.  It turned out to be that pet deposit.  Well we paid it and could afford it alot easier at that point.  Luckily, we didn't have other past due pet deposits from any other places we'd lived.
We may try to get away with or hide things but it will come back to bite you.  It is better to deal with it now and seek forgiveness, than pay for it later.  Romans 2;5 ''But because of your stubbornness and your unrepentant heart, you are storing up wrath against yourself for the day of God’s wrath, when his righteous judgment will be revealed.'' 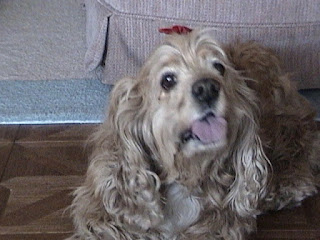